The Clubhouse in the Gemeindestrasse 27 in the District of Hottingen in Zurich, being the erstwhile domain of C.G. Jung, radiates a very special charisma: it contains the genius loci of C.G. Jung and transmits through its more than a century old history of developing Analytical Psychology the spirit and body of thought of its founder fathers. The house offers a spiritual home for researching and practising Analysts and is at the same time grounded in its international community. 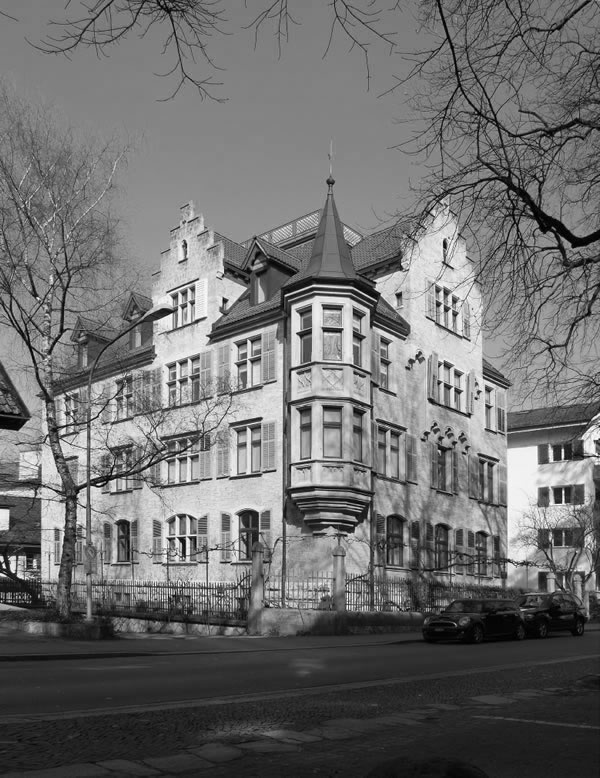 The original discussion evenings of the “Psychoanalytischer Verein” (“Psychoanalytical Society”) were held in the Restaurant “Seidenhof” in Zurich. On the 11th February 1916 a first meeting was held under the new name “Verein für Analytische Psychologie” (“Society for Analytical Psychology”) in a noble mansion in the Löwenstrasse 1, sponsored by Edith McCormick-Rockefeller. Only two weeks later, in the 26th February 1916, the Psychology Club Zurich was officially founded, with Emma Jung as its first President. This venue had to be abandoned merely a year later. In January 1918 a Members Meeting of the Club resolved the purchase of what would then become its permanent domicile in the Gemeindestrasse 27, made possible only through the generous support from Edith McCormick-Rockefeller.

The new clubhouse is a representative, neo-gothic mansion, built in 1897/98. This eminent villa had been designed by Professor Lasius, a student of the renowned architect Gottfried Semper, for the city medic Dr. Hermann Schulthess, and remains an exceptional building till to-day. The architecture of the house brings back associations with a medieval town, of craftsmen's traditions and democratic, firmly entrenched orderliness (see the Minutes of a Protocol of the City of Zurich dated the 21st June 1889). The House is under formal heritage protection since 1989. A dominant bay window and three transverse gables transmit a stately impression. The mansion encompasses the club's rooms with its historic library and invaluable collection, two generous living quarters with decorated ceilings and woodwork, an attic lodging and a number of practitioners’s consulting rooms.

The neo-gothic design seems especially appropriate for the club. Is it not the neo-gothic style that, as a final aspect of the outgoing historicism, underscores the rediscovery of the past in the depth of history, similar to the approach of depth psychology?

Since 2011 the house, for tax reasons amongst others, is vested in a Foundation, the Stiftung Psychologischer Club Zürich. 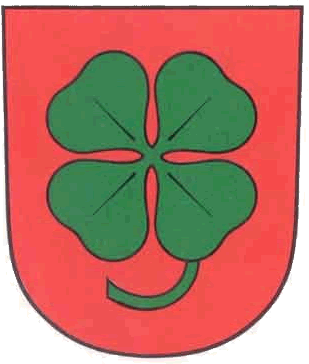 COAT of ARMS of the DISTRICT of HOTTINGEN
First mentioned in historical documents in the year 946 as Hottinga.

The district of Hottingen itself, in which the club is located, is unique: The District has been incorporated 1893 into the city domain of Zurich. It celebrated its 1000 year anniversary in 1946. Lying at the foot of the Adlisberg it prides a cultural heritage of traditional wine making, an honourable community of countrymen and farmers, tradesmen and cottage industries. Its inspiring coat-of-arms boasts a four-leaf clover against a red background, a reminder of traditional Swiss values of secureness, pragmatism and self confidence.

1882 saw the founding of what would become an august Reading Circle “for the study of political, social, scientific and artistic present living”. Hugo von Hoffmansthal read there, as well as Rainer Maria Rilke, Gerhard Hauptmann, Hermann Hesse, Rudolf Schröder, Karl Kraus, Thomas Mann and many others. C.G. Jung has also been a regular presenter.

Thus the clubhouse in the Gemeindestrasse has been and is a respectable part of the cultural spectrum of Hottingen, well placed in the string of vintage city buildings like the Schauspielhaus theatre with its cupola and stage (built 1882), the 1905 Kreuzkirche (Chapel) built in a classicist and art nouveau design, the established Coninx Museum for Evolution and Cultural History, the Dolder Grand Hotel built in a historicist wooden Swiss building style 1899, or the Bicher-Benner-Clinic.

The location near the heart of Zurich is noteworthy: Lake Zurich is within walking distance; Zurich’s main station can be reached by public transport within 10 minutes; the Jung-archives of the ETH are within reach; the vibes of an ancient historic city core, its Altstadt, omnipresent; a daily symphony of evening chimes of Zurich's many churches presenting a spectrum of confessions; cultural events of the nearby city Theatre and Art Gallery (Kunsthaus); they all enrich the far travelled students or practising Jungians. The Psychology Club Zurich would want to be seen as their spiritual home in the city.

Steeped in history and firmly built on a time tested solid foundation for over one hundred years, the Psychology Club Zurich wishes to be a material foundation for Analytical Psychology. The house at the same time is in a dynamic relationship with the City of Zurich, Zurich's surroundings and its District of Hottingen. The most important issue though is that the spirit of C.G. Jung, en-captured in the club house, can create and maintain a live relationship with all its visitors. That is the calling of the Club.

< Back to Page
House and Rooms
Page 1
/ 2
/ 3
ContactsSearchImpressum